The shelter-in-place orders and the massive drop in human activity in our cities, designed to slow the spread of COVID-19, have given us surprising and unexpected sightings of wildlife species across cities around the world. But beyond general awe—and a brief respite from the gloominess of the news—what can seeing all of this wildlife tell us about human-deprived spaces?

Although the media has mainly covered unexpected sightings occurring in urban settings as a result of lockdowns, there are other important, more subtle changes that are happening in the world. First, some species, including those currently living in cities and those making the occasional forays into them, are now able to use habitats and resources that they had never before been able to exploit. Second, species in cities are experiencing a less harassing environment—less active, less noisy. An unknown number of adjustments have been taking place within a short window of time, and thus we are experiencing a once-in-a-lifetime opportunity to study how humans affect other animals in our cities. Although many of us had assumed that some of these individuals avoided cities mainly due to changes in habitats, it is clear now that we humans scare many of them out.

Fear in wildlife has been broadly addressed, and we know that a lack of fear can occur in the wild. Some of the most common examples come from the Galapagos Islands, where many of the animals on the archipelago (particularly as adults) have no natural predators. For example, adult Galapagos tortoises are fearless because they have evolved in an environment with no predators. Indeed, some research has shown that insular systems have tamer animals. Lizards from islands flee from human approach at closer distances than those from mainland habitats, a pattern that has been shown to override phylogenetic closeness.1 Although studies are often correlational, evidence points to the lack of insular predators as one of the main causes behind this intriguing pattern. Yet, things are not very straightforward when we add humans to the formula. Empirical findings have shown that there is substantial variation in inland species’ and populations’ responses to human presence. A behavioral study focused on six different Galapagos species has shown that some of them do respond with fear to human tourist activities, but some do not. Furthermore, species such as the small ground finch (Geospiza fuliginosa) still show fear responses to introduced predators years after predators have been exterminated from the island, suggesting that evolutionary changes, and not just phenotypic plasticity related to wildlife behavioral responses, can occur in a relatively short time frame.2

Some species in cities are experiencing a less harassing environment—less active, less noisy.

So where does this leave us in terms of understanding responses of animals to rapid increases and decreases in human presence? There are few clear patterns, and even fewer clear results, regarding some key ecological and evolutionary questions: Are the changes we see evolutionary in nature, or due just to phenotypic plasticity? How does the environment an individual is born into reflect future behavior, ecology, and fitness? Do populations adapt as quickly to the sudden absence of humans as they do to their sudden presence?

In the relatively short time period of the lockdowns, animals could make adjustments that range from the expected relaxation of alarm systems, from a behavioral approach, to changes at the evolutionary level.3 In Southern California, we have been conducting a long-term study of several populations of an urban songbird, the dark-eyed junco (Junco hyemalis). Since this woodland species began to move down from the mountains into the cities of Southern California a few decades ago, these birds have adapted remarkably well to the sunny coastal lifestyle.4 Their population numbers are rising, and they have begun to move from college campuses to both dense city centers and leafy residential suburbs. Not surprisingly, these birds are not too scared of humans. After all, if these individuals were to fly away at every human who was approaching or passing by, there would never be enough time to eat, find mates, and feed their offspring! But the sudden quietude in which they now find themselves allows us to examine something very different: How will these birds respond to a rapid decrease in the levels of human disturbance—both the adult birds now, and the offspring born into these much calmer and more serene situations? Will they become more fearful of people or will they change their perception of us as threats? Will we see a decrease in fitness as human chaos starts up again or will our absence pass unnoticed, evolutionarily speaking? 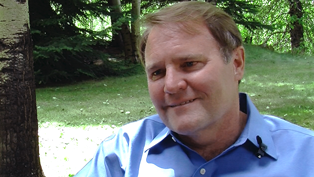 It doesn’t have to be downhill,” Greg Carr says about Earth’s future. “Humans could be okay on this planet for thousands of years if we understand what it means to live sustainably.” In this age of worry about climate change…READ MORE

There are obviously no answers to our questions yet. And that’s why lockdowns constitute a unique and unparalleled opportunity to examine what happens to wildlife experiencing these rapid changes in their living environments. We may expect differences in the behavior of some animal populations, most likely leading to unexpected results. For instance, the newborn chick in human-deprived cities whose parents were not bold enough to use a resource in an urban area (e.g., insects from university campus lawns) may start using them now and continue to do so if they lack the perception of humans as potential threats.

But besides all of the above, the current scenario leaves us with some more philosophical questions: If many species find our “urban habitat” so stressful, shouldn’t we reconsider how we urbanize and develop cities? Wouldn’t we want to generate scenarios that may attract many of the surprising species that have been sighted after lockdowns as part of our cities in our day-to-day lives? Headline news and social media across the country are stating that “we can’t go back to normal.” In some senses, we hope this is true! That is, in addition to the health, social, and economic ramifications of this pandemic, which have been fairly catastrophic, we hope this pandemic allows us to consider how we can have more animals in our daily lives in the city, and more fully share the planet.

Pamela Yeh is an associate professor at UCLA and an external professor at the Santa Fe Institute. She works on the evolution of populations in novel environments, focusing on birds in urban habitats, and bacteria in new drug environments. She heads UCLA’s Evolutionary Medicine program, and is the director of the program UC-HBCU Pathways to Ph.Ds: Evolutionary Medicine, a partnership between UCLA and several historically black colleges and universities.

Ian MacGregor-Fors is a senior research scientist at INECOL (Institute of Ecology, Xalapa). He has focused his research on the response of wildlife to human disturbances, mainly in towns and cities. He has authored over 110 publications, including three books. He was an associate editor for Landscape and Urban Planning and is currently serving as an editor for four journals, including the Journal of Urban Ecology. He is a member of the Mexican Academy of Sciences and a board member of URBIO (International Network for Urban Biodiversity and Design) seeking to promote the implementation of the Convention on Biological Diversity of the United Nations Organization across cities.

This article is from the series, “Transmission: SFI insights into COVID-19,” originally published by the Santa Fe Institute.

Is Beyonce’s “Break My Soul” the Theme Song of the Great Resignation?